Browse some of my home studio projects under the “Music” category / folder to be found here:

Although I’ve accumulated a fairly serious amount of equipment over the years, and its quality ranges from good (recording) to high (instruments) it’s about my only vice.  I stay out of the bars.  A person could spend millions on this gear, so I place myself somewhere on the entry / professional level when it comes to the recording gear I possess and the professional level when it comes to my instruments.

About my current project:  A few years ago a friend who knew me back in the old days of my guitar playing asked that I record a song on the computer and send it along.  After resisting for almost a year, I sat down one day and plugged a microphone into the computer, pulled out my guitar, and played and sang into it.

It sucked.  I decided to get a cheap mixer and some budget software for recording and at least send along a semi-presentable project.  Well, you know how that goes.  One piece of equipment leads to another, and then well….you just “gotta” have this, and then……and then…….

An idea for a personal, fun, and meaningful project came to me.  My own grandparents and great grandparents have little left of connections to them.  A few faded pictures, old letters maybe, some jewelry, and spoken memories of those that remembered them.  This is the digital age.  Nothing really decays, it can only be thrown away or lost.  I decided to produce my own cover songs of different tunes that have meant something to me personally during my lifetime in terms of things I’ve experienced, people I’ve known, etc, and other songs that paint a picture of the times I’ve lived through, reflected through particular artists or songs.  While recording these songs, I’m slowly bringing family members into the project having them either sing or play an instrument, or if they do neither, do some other form of accompaniment.  So far I’ve managed to involve my wife Susan, my daughter April, my son Dylan, my brother David,  my grand-daughters Lindsea and Kylee, my sister Laura, my lifelong friend Gil (since sadly and tragically taken from us all in an auto accident) and as a latest edition, a new musical and otherwise friend of mine through my wife Susan, Dana Mc-Radu Goulet, with more to come.

Someday when all of this is finished  I will combine this music with a family genealogy, pictures, text, voices, video, etc and copy it to whatever might be the best media at the time to use in order to distribute to family members who may pass it on down the line.  And someday, digital being digital, 500 years from now, my descendants will view and listen and have perhaps a huge chuckle at my expense, but I doubt I’ll care at that point. In any event, they’ll have a record of their own heritage,  and that will be a much more comprehensive record than I have of my own.

Regardless, I’m certainly having fun, and learning as I go.  At this point, I’ve come a long way in learning about the recording process, and I’m now delving into the art of learning how to make a quality mix and master that will hopefully someday rival the product that comes out of those sites on the internet that provide paid options for these kinds of services.

*A shout out here to my brother Dave.  His professional input and knowledge of various levels of equipment at the beginning of all this was key in helping me get off the ground in the world of the home studio.  His initial input helped me to make the right buying decisions for my level of pocketbook and expertise.  Much appreciated!

First, let it be said that depending on the depth you want to dive to in your home studio,  aside from your instruments, your PC or Mac (both of which it would be assumed that you already own), and dedicated studio monitors, you can get into home recording with software, microphones, and a decent audio card for well under $500.  I started there, but I’ve obviously cranked it up a bit.  🙂  (Keeps me out of the bars, and the wife is happy)  So the price varies from $500 to millions of dollars, and since I don’t now and will never have access to the latter,  I’ve settled on home studio recording and photography as my “vices”, and I’ve found my own sweet spot in all of this.

In addition, I will say this:  The internet is filled with people who are dedicated to the belief that their way is the “only” way to ever to produce anything of quality.  PC people.  Mac people.  A dozen different DAW’s (Digital Audio Workstations) competing for and promoted as being the “best”, or “more professional”.  It’s my opinion that depending on what you want to do, what you want to put into the learning curve, and how comfortable you are working with what you have, you can find everything you need from many different DAW options, it’s all personal choice.  I’m happy with the choices that I’ve learned and grown into along the way.  It might serve well to remember that if The Beatles could produce their entire catalog of genius on nothing more than 8 tracks, it serves to point out that it’s “the boys, not the toys”.

And that’s it!  But I’m certain there’s more to come in the future as I learn and grow and dedicate even more time to the wonderful world of Home Studio music production. 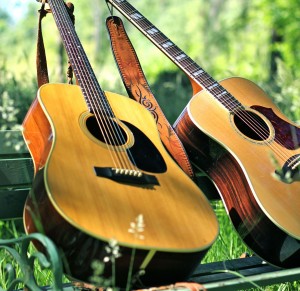 NOTE:  Please don’t request either a user or email account on this site, I’ve temporarily disabled all of those functions.  That won’t stop Bots from asking but if you’re reading this, please understand it’s not gonna happen.  All requests will be deleted.